Uncommon Grounds: The History of Coffee and How It Transformed Our World 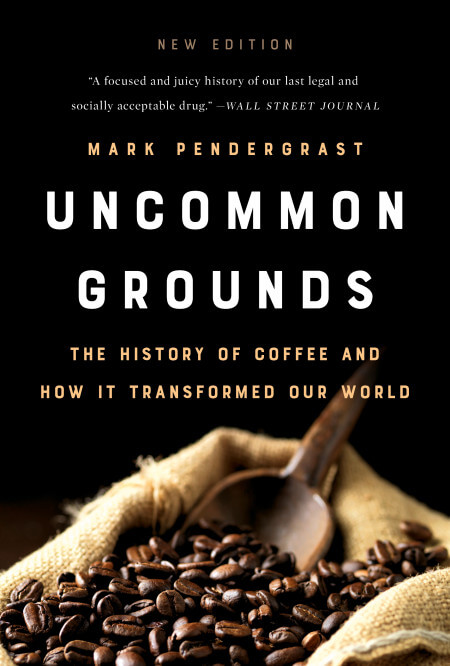 From the publisher: Uncommon Grounds tells the story of coffee from its discovery on a hill in ancient Abyssinia to the advent of Starbucks. Mark Pendergrast reviews the dramatic changes in coffee culture over the past decade, from the disastrous “Coffee Crisis” that caused global prices to plummet to the rise of the Fair Trade movement and the “third-wave” of quality-obsessed coffee connoisseurs. As the scope of coffee culture continues to expand, Uncommon Grounds remains more than ever a brilliantly entertaining guide to the currents of one of the world’s favorite beverages.

Mark Pendergrast is an independent scholar who brews a fantastic cup of coffee. He is the author of many books, including For God, Country and Coca-Cola. He lives in Vermont