Three Squares: The Invention of the American Meal 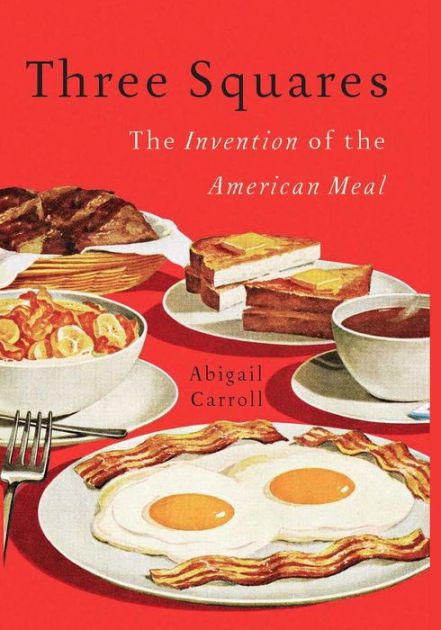 From the publisher: We are what we eat, as the saying goes—but we are also how we eat, and when, and where. Our eating habits reveal as much about our national identity as the food on our plates, as food historian Abigail Carroll vividly demonstrates in Three Squares. Reaching back to colonial America, when settlers enjoyed a single, midday meal, Carroll shows how later generations of Americans abandoned this utilitarian habit for more civilized, circumscribed rituals, trading in rustic pottages and puddings for complex roasts, sides, desserts, and—increasingly—processed foods. These new foodstuffs became the staples of breakfast and lunch in the late nineteenth century, and even brought with them a new eating tradition: snacking, which effectively transformed the American meal into one never-ending opportunity for indulgence.

Revealing how the simple gruel of our forefathers gave way to cheese puffs and moon pies, Three Squares fascinatingly traces the rise and fall of the American meal.

Abigail Carroll holds a PhD in American Studies, and her writing has appeared in a variety of journals and publications, including the New York Times. She lives in Vermont.