The Surprisingly Cool History of Ice 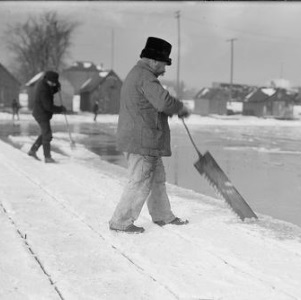 “In 1805, two wealthy brothers from Boston were at a family picnic, enjoying the rare luxuries of cold beverages and ice cream. They joked about how their chilled refreshments would be the envy of all the colonists sweating in the West Indies. It was a passing remark, but it stuck with one of the brothers. His name was Frederic Tudor, and 30 years later, he would ship nearly 12,000 tons of ice halfway around the globe to become the ‘Ice King’.”

See: “The Surprisingly Cool History of Ice” by Linda Rodriguez McRobbie on the Mental Floss website (2016)