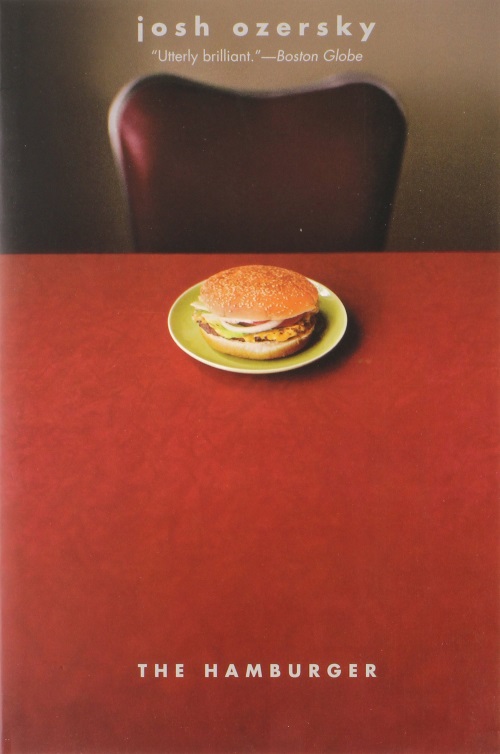 From the publisher: What do Americans think of when they think of the hamburger? A robust, succulent spheroid of fresh ground beef, the birthright of red-blooded citizens? Or a Styrofoam-shrouded Big Mac, mass-produced to industrial specifications and served by wage slaves to an obese, brainwashed population? Is it cooking or commodity? An icon of freedom or the quintessence of conformity?

This fast-paced and entertaining book unfolds the immense significance of the hamburger as an American icon. Josh Ozersky shows how the history of the burger is entwined with American business and culture and, unexpectedly, how the burger’s story is in many ways the story of the country that invented (and reinvented) it.

Spanning the years from the nineteenth century with its waves of European immigrants to our own era of globalization, the book recounts how German “hamburg steak” evolved into hamburgers for the rising class of urban factory workers and how the innovations of the White Castle System and the McDonald’s Corporation turned the burger into the Model T of fast food. The hamburger played an important role in America’s transformation into a mobile, suburban culture, and today, America’s favorite sandwich is nothing short of an irrepressible economic and cultural force. How this all happened, and why, is a remarkable story, told here with insight, humor, and gusto.

An American cultural historian and recognized authority on food, Josh Ozersky is food editor/online for New York Magazine. He has written for The New York Times, the New York Post, Saveur, and many other publications. His books include Meat Me in Manhattan: A Carnivore’s Guide to New York and Archie Bunker’s America: TV in an Era of Changing Times. He lives in New York City.