Tasting Food, Tasting Freedom: Excursions into Eating, Culture, and the Past 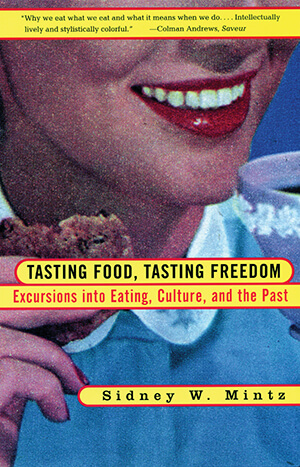 From the publisher: Addressing issues ranging from the global phenomenon of Coca-Cola to the diets of American slaves, Sidney Mintz shows how our choices about food are shaped by a vast and increasingly complex global economy. He demonstrates that our food choices have enormous and often surprising significance.

Sidney W. Mintz (1922-2015) was professor emeritus, department of anthropology at Johns Hopkins University. He did extensive field research in Puerto Rico, Jamaica and Haiti, as well as in Iran. He launched a research program in Hong Kong to study the consumption and production of soybean and examine soy products in the United States.