Slaves to Sweetness: British and Caribbean Literatures of Sugar 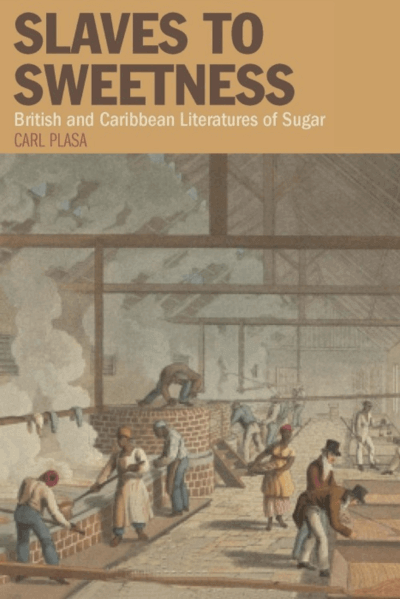 From the publisher: Apparently innocuous, sugar is a substance which brings with it a profound disquiet, not least because of its direct links with the histories of slavery in the New World. These links have long been a source of critical fascination, generating several landmark analyses, ranging from Fernando Ortis’s Cuban Counterpoint: Tobacco and Sugar (1940) and Noël Deerr’s monumental two-volume The History of Sugar (1949-50) to Sidney Mintz’s Sweetness and Power: The Place of Sugar in Modern History (1985).

Unlike previous texts, Plasa’s meticulously researched book not only examines the traditional classic studies but also the hitherto largely ignored work produced by a number of expatriate Caribbean authors, both male and female, from the 1980s onwards. As a result Slaves to Sweetness provides the most comprehensive account to date of the historical transformations which sugar’s representation has undergone, providing a rich resource for scholars in Slavery, Caribbean, Black Atlantic, Postcolonial and Literary Studies.