Six Thousand Years of Bread: Its Holy and Unholy History 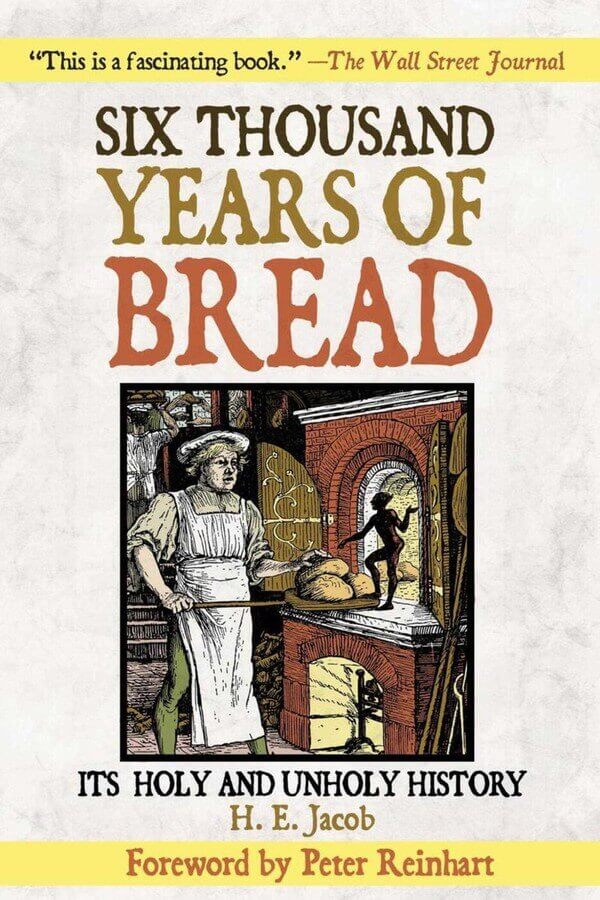 From the publisher: Give us this day our daily bread. From ancient Egypt to modern times, bread is the essential food, the symbol of fundamental well-being. H.E. Jacob takes readers through the history of this staple, examining its role in politics, religion, and technology, and answering such questions as how bread caused Napoleon’s defeat.

The fascinating voyage begins with “The Bread of Prehistoric Man,” and continues with an exploration of the plow, the discovery of baking, the Grecian passion for seed corn and reverence for the bread goddess Demeter, the significance of the Bible’s many references to bread, and how bread contributed to the outcome of World War I. In a poignant conclusion, Jacob describes his own experiences subsisting on bread made of sawdust in a Nazi concentration camp.

H. E. Jacob wrote some forty books during his prolific career, including biographies, poetry, dramas, and histories. After fleeing Nazi-occupied Germany, he moved to New York and gained American citizenship. In the early fifties he returned to Germany, where he died in 1967.