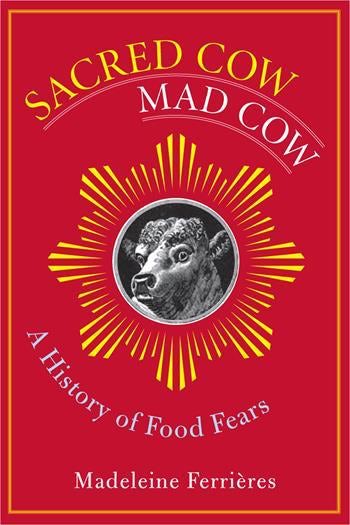 From the publisher: Contemporary concerns about food such as those stemming from mad cow disease, salmonella, and other potential food-related dangers are hardly new-humans have long been wary of what they eat. Beyond the fundamental fear of hunger, societies have sought to protect themselves from rotten, impure, or unhealthy food.

From the markets of medieval Europe to the slaughterhouses of twentieth-century Chicago, Madeleine Ferrières traces the origins of present-day behavior toward what we eat as she explores the panics, myths, and ever-shifting attitudes regarding food and its safety. She demonstrates that food fears have been inspired not only by safety concerns but also by cultural, political, and religious prejudices.

Flour from human bones and pÃ¢té from dead cats are just two of the more unappetizing recipes that have scared consumers away from certain foods. Ferrières considers the roots of these and other rumors, illuminating how societies have assessed and attempted to regulate the risks of eating. She documents the bizarre and commonsensical attempts by European towns to ensure the quality of beef and pork, ranging from tighter controls on butchers to prohibiting Jews and menstruating women from handling meat. Examining the spread of Hungarian cattle disease, which ravaged the livestock of seventeenth-century Europe, Ferrières recounts the development of safety methods that became the Western model for fighting animal diseases.

Ferrières discusses a wealth of crucial and curious food-related incidents, trends, and beliefs, including European explorers’ shocked responses to the foodways of the New World; how some foods deemed unsafe for the rich were seen as perfectly suitable for the poor; the potato’s negative reputation; the fierce legal battles between seventeenth-century French bread bakers and innkeepers; the role of the medical profession in food regulation; and how modern consumerism changed the way we eat. Drawing on history, folklore, agriculture, and anthropology, Ferrières tells us how our decisions about what not to eat reflect who we are.

Madeleine Ferrières is professor of social history at the University of Avignon. Jody Gladding is a published poet and the translator of several works, including French Gastronomy: The History and Geography of a Passion.