Potato: How the Humble Spud Rescued the Western World 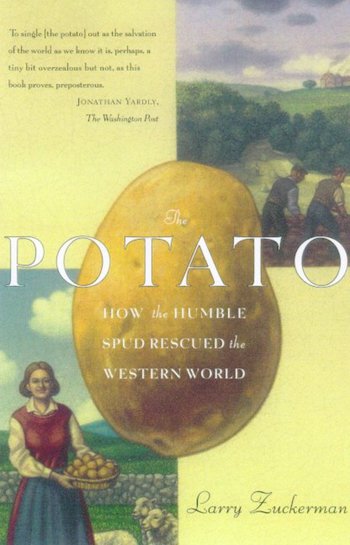 From the publisher: The Potato tells the story of how a humble vegetable, once regarded as trash food, had as revolutionary an impact on Western history as the railroad or the automobile. Using Ireland, England, France, and the United States as examples, Larry Zuckerman shows how daily life from the 1770s until World War I would have been unrecognizable-perhaps impossible-without the potato, which functioned as fast food, famine insurance, fuel and labor saver, budget stretcher, and bank loan, as well as delicacy. Drawing on personal diaries, contemporaneous newspaper accounts, and other primary sources, this is popular social history at its liveliest and most illuminating.

Larry Zuckerman is a freelance editor and writer.