Oxford Companion to Sugar and Sweets 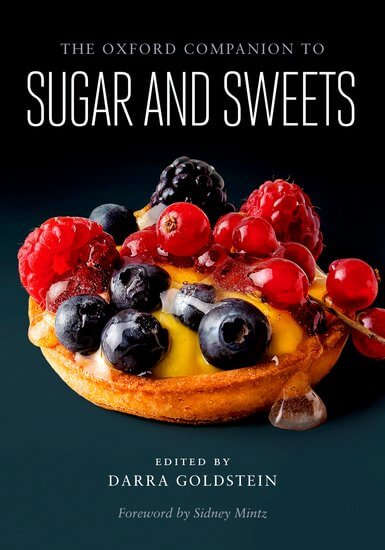 From the publisher: Most comprehensive reference work on the idea of the sweet ever published, with entries on all aspects of sweetness, including chemical, technical, social, cultural, and linguistic. Beautifully illustrated with 157 images, including 2 stunning 16-page color inserts. Four fascinating appendices, on sweets in cinema, the world’s best pastry shops, sweet language in music, and museums dedicated to sweets. 265 people wrote entries for The Oxford Companion to Sugar and Sweets, including food historians, neuroscientists, chemists, anthropologists, philosophers, art historians, cookbook writers, pastry chefs, and on. Contributors came from more than 20 countries around the world.

Darra Goldstein is the Willcox and Harriet Adsit Professor of Russian at Williams College, having earned her Ph.D. in Slavic Languages and Literatures from Stanford University. She combines her love of literature with a passion for food studies, a field she helped pioneer by founding Gastronomica: The Journal of Food and Culture, which has been called a culinary New Yorker for its incorporation of photography, poetry, and art alongside thoughtful articles on all aspects of the foods we eat. She serves as the Series Editor for California Studies in Food and Culture (UCAL Press) and the Food Editor for Russian Life magazine. Goldstein is also a prolific author who has written or edited thirteen books, including four award-winning cookbooks.