Orange Empire: California and the Fruits of Eden 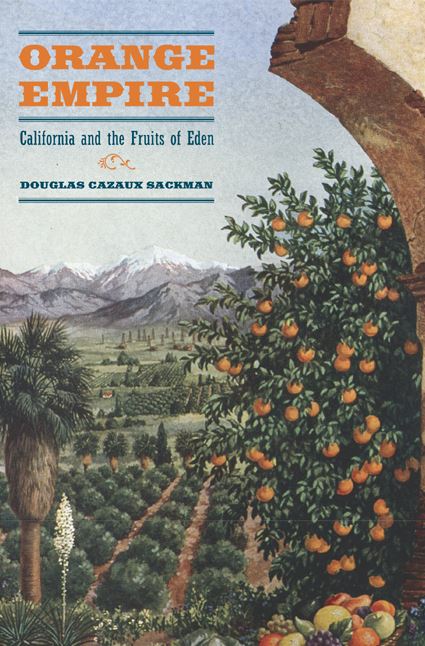 From the publisher: This innovative history of California opens up new vistas on the interrelationship among culture, nature, and society by focusing on the state’s signature export—the orange. From the 1870s onward, California oranges were packaged in crates bearing colorful images of an Edenic landscape. This book demystifies those lush images, revealing the orange as a manufactured product of the state’s orange industry.

Orange Empire brings together for the first time the full story of the orange industry—how growers, scientists, and workers transformed the natural and social landscape of California, turning it into a factory for the production of millions of oranges. That industry put up billboards in cities across the nation and placed enticing pictures of sun-kissed fruits into nearly every American’s home. It convinced Americans that oranges could be consumed as embodiments of pure nature and talismans of good health. But, as this book shows, the tables were turned during the Great Depression when Upton Sinclair, Carey McWilliams, Dorothea Lange, and John Steinbeck made the Orange Empire into a symbol of what was wrong with America’s relationship to nature.

Douglas Cazaux Sackman is Assistant Professor of History at the University of Puget Sound.