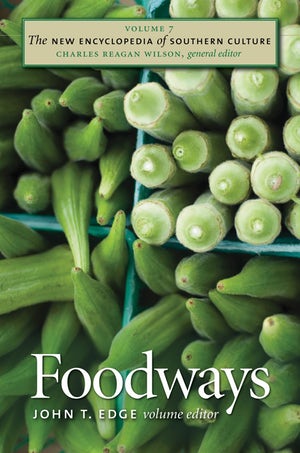 From the publisher: When the original Encyclopedia of Southern Culture was published in 1989, the topic of foodways was relatively new as a field of scholarly inquiry. Food has always been central to southern culture, but the past twenty years have brought an explosion in interest in foodways, particularly in the South. This volume marks the first encyclopedia of the food culture of the American South, surveying the vast diversity of foodways within the region and the collective qualities that make them distinctively southern.

Articles in this volume explore the richness of southern foodways, examining not only what southerners eat but also why they eat it. The volume contains 149 articles, almost all of them new to this edition of the Encyclopedia. Longer essays address the historical development of southern cuisine and ethnic contributions to the region’s foodways. Topical essays explore iconic southern foods such as MoonPies and fried catfish, prominent restaurants and personalities, and the food cultures of subregions and individual cities. The volume is destined to earn a spot on kitchen shelves as well as in libraries.