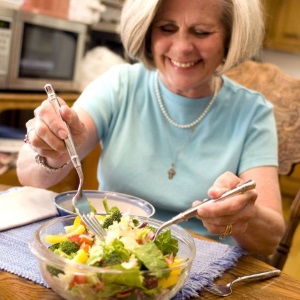 When was it decided that women prefer some types of food – yogurt with fruit, salads and white wine – while men are supposed to gravitate to chili, steak and bacon? Beginning in the late 19th century, a steady stream of dietary advice, corporate advertising and magazine articles created a division between male and female tastes that, for more than a century, has shaped everything from dinner plans to menu designs.

Before the Civil War, the whole family ate the same things together. The era’s best-selling household manuals and cookbooks never indicated that husbands had special tastes that women should indulge. Even though “women’s restaurants” – spaces set apart for ladies to dine unaccompanied by men – were commonplace, they nonetheless served the same dishes as the men’s dining room.

Beginning in the 1870s, shifting social norms – like the entry of women into the workplace – gave women more opportunities to dine without men and in the company of female friends or co-workers. As more women spent time outside of the home, however, they were still expected to congregate in gender-specific places. Chain restaurants geared toward women, such as Schrafft’s, proliferated.

It was during this period that the notion that some foods were more appropriate for women started to emerge. Magazines and newspaper advice columns identified fish and white meat with minimal sauce, as well as new products like packaged cottage cheese, as “female foods.” And of course, there were desserts and sweets, which women, supposedly, couldn’t resist.