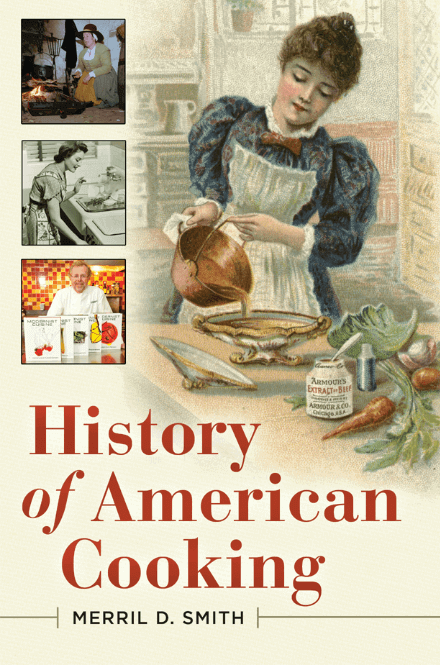 From the publisher: This book examines the history and practice of cooking in what is now the United States from approximately the 15th century to the present day, covering everything from the hot-stone cooking techniques of the Nootka people of the Pacific Northwest to the influence of Crisco—a shortening product intended as a substitute for lard—upon American cooking in the 20th century. Learning how American cooking has evolved throughout the centuries provides valuable insights into life in the past and offers hints to our future.

The author describes cooking methods used throughout American history, spotlighting why particular methods were used and how they were used to produce particular dishes. The historical presentation of information will be particularly useful to high school students studying U.S. history and learning about how wartime and new technology affects life across society. General readers will enjoy learning about the topics mentioned above, as well as the in-depth discussions of such dishes as fried chicken, donuts, and Thanksgiving turkey. Numerous sample recipes are also included.