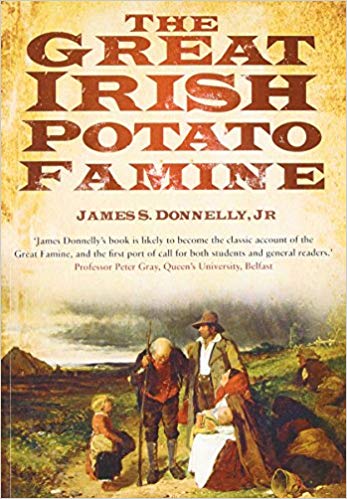 From the publisher: This is an account of the Great Irish Potato Famine of the late 1840s, a famine which resulted in the death of about one million people and was also largely responsible, in conjunction with British government policies, for one of the great international human migrations of British history—the mass exodus of some two million people from Ireland, mostly to North America, in the years 1845–1855. This book combines narrative, analysis, historiography, and scores of contemporary illustrations. This work aims to provide an insight into the misery of the famine and the nightmare of mass evictions that followed.

James S. Donnelly, Jr. (born 1943) is a modern British and Irish historian. Donnelly is a Professor Emeritus of History at the University of Wisconsin-Madison. One of the most prolific and wide-ranging historians of Ireland, he has also been a leading figure in the promotion of Irish studies in North America. Donnelly is a former president of the American Conference for Irish Studies, and a current co-editor of the journal Éire-Ireland. His first book, The Land and the People of Nineteenth-Century Cork, was awarded the Herbert Baxter Adams Prize of the American Historical Association.