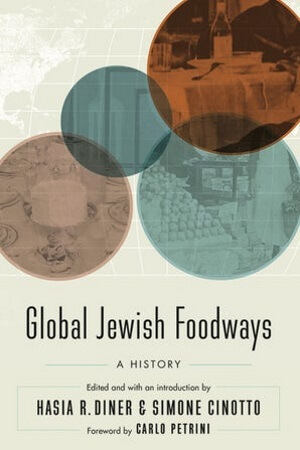 From the publisher: The history of the Jewish people has been a history of migration. Although Jews invariably brought with them their traditional ideas about food during these migrations, just as invariably they engaged with the foods they encountered in their new environments. Their culinary habits changed as a result of both these migrations and the new political and social realities they encountered. The stories in this volume examine the sometimes bewildering kaleidoscope of food experiences generated by new social contacts, trade, political revolutions, wars, and migrations, both voluntary and compelled.

This panoramic history of Jewish food highlights its breadth and depth on a global scale from Renaissance Italy to the post–World War II era in Israel, Argentina, and the United States and critically examines the impact of food on Jewish lives and on the complex set of laws, practices, and procedures that constitutes the Jewish dietary system and regulates what can be eaten, when, how, and with whom. Global Jewish Foodways offers a fresh perspective on how historical changes through migration, settlement, and accommodation transformed Jewish food and customs.

Hasia R. Diner is a Paul S. and Sylvia Steinberg Professor of American Jewish History at New York University. She is the author of numerous books including Roads Taken: The Great Jewish Migration to the New World and the Peddlers Who Forged the Way and Hungering for America: Italian, Irish, and Jewish Foodways in the Age of Migration. Simone Cinotto is an associate professor of modern history at the University of Gastronomic Sciences in Italy. He is the author or editor of many books, including Making Italian America: Consumer Culture and the Production of Ethnic Identities and The Italian American Table: Food, Family, and Community in New York City.