From the Earth: World’s Great, Rare and Almost Forgotten Vegetables 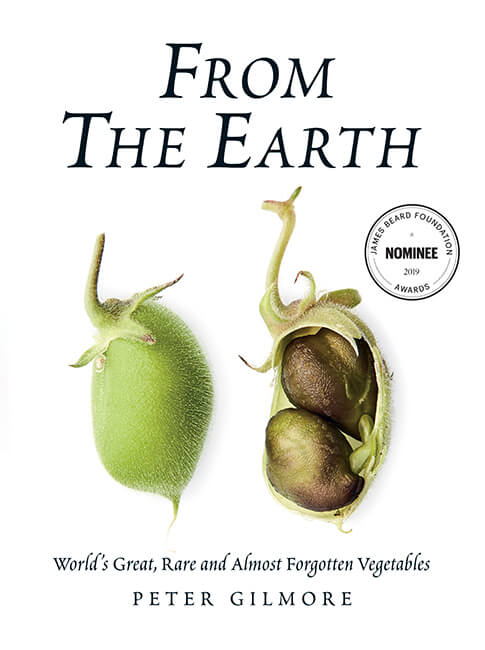 From the publisher: Peter Gilmore, one of Australia’s most acclaimed chefs, takes you on a culinary and historical journey into the world of unique and almost forgotten vegetables. Each vegetable features at the heart of a recipe, and is further explored through a detailed profile and stunning photographs by Brett Stevens.

The book looks at chef Gilmore’s decade-long passion for growing vegetables, and how it has informed and inspired his work as a chef. Also featured are four dedicated, like-minded growers he works closely with. They share their passion and knowledge for producing vegetables with a focus on flavour and sustainability. From the Earth is an embodiment of this passion, illuminating the amazing world of vegetables from seed to plate.

Peter Gilmore is the Executive Chef at two of Australia’s most exciting and dynamic restaurants; Bennelong at the Sydney Opera House and Quay Restaurant across the harbour in The Rocks. Peter is one of the most awarded chefs in Australia taking the helm of the kitchen at Quay in 2001. Quay has been awarded three chefs hats for an unprecedented 16 consecutive years and named Restaurant of the Year six times in The Sydney Morning.