Food in the Ancient World 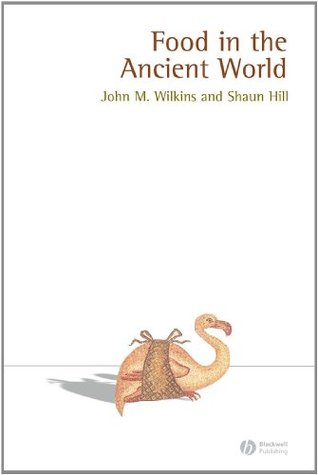 by John Wilkins and Shaun Hill

From the publisher: In Food in the Ancient World, a respected classicist and a practising world-class chef explore a millennium of eating and drinking. Explores a millennium of food consumption, from c.750 BC to 200 AD. Shows the pivotal role food had in a world where it was linked with morality and the social order. Concerns people from all walks of life – impoverished citizens subsisting on cereals to the meat-eating elites. Describes religious sacrifices, ancient dinner parties and drinking bouts, as well as exotic foods and recipes. Considers the role of food in ancient literature from Homer to Juvenal and Petronius.

John M. Wilkins is Professor of Greek Culture at the University of Exeter. He is the author of Euripides: Heraclidae (1993) and The Boastful Chef: The Discourse of Food in Ancient Greek Comedy (2000) and has edited several books on Greek literature and food in the ancient world.

Shaun Hill is Honorary Research Fellow at the University of Exeter. He is chef and former owner of the Michelin-starred Merchant House and works as an independent food writer. His books include Cooking at the Merchant House (2000), How to Cook Better (2004), and Cook (with others, 2005).