Food Fights and Culture Wars: A Secret History of Taste 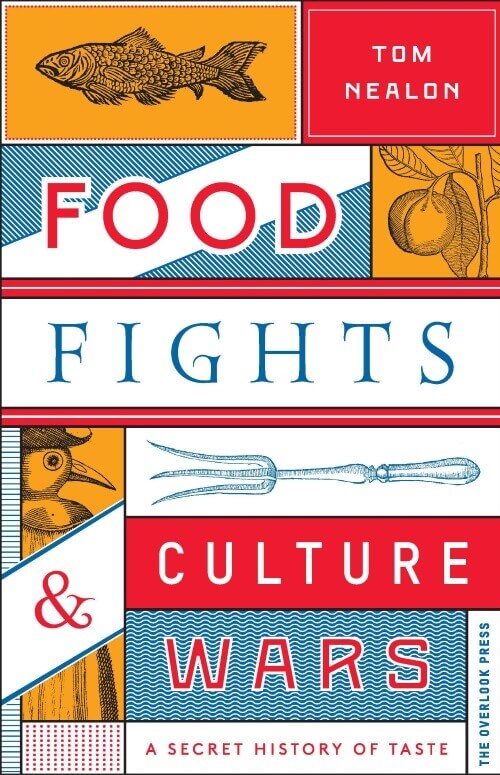 From the publisher: Revolution! Conflict! Gluttony! The gloriously illustrated history of food, including mythical origin stories, unusual recipes and more! In this eclectic book of food history, Tom Nealon takes on such overlooked themes as carp and the Crusades, brown sauce and Byron, and chillies and cannibalism, and suggests that hunger and taste are the twin forces that secretly defined the course of civilization. Through war and plague, revolution and migration, people have always had to eat. What and how they ate provoked culinary upheaval around the world as ingredients were traded and fought over, and populations desperately walked the line between satiety and starvation.

Parallel to the history books, a second, more obscure history was also being recorded in the cookbooks of the time, which charted the evolution of meals and the transmission of ingredients around the world. Food Fights and Culture Wars: A Secret History of Taste explores the mysteries at the intersection of food and society, and attempts to make sense of the curious area between fact and fiction.

Beautifully illustrated with material from the collection of the British Library, this wide-ranging book addresses some of the fascinating, forgotten stories behind everyday dishes and processes. Among many conspiracies and controversies, the author meditates on the connections between the French Revolution and table settings, food thickness and colonialism, and lemonade and the Black Plague.
120 full color illustrations throughout

Antiquarian cookbook expert Tom Nealon is a food writer and antiquarian bookseller who specializes in early printed books, especially cookbooks and literature. He is the founder of Pazzo Books in Boston.