Food and Cooking in Ancient Rome 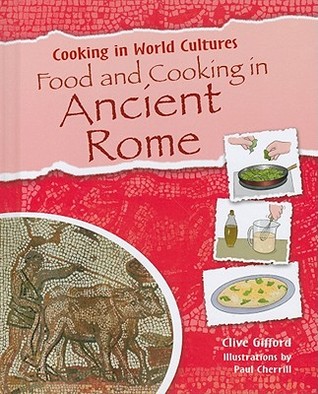 by Clive Gifford and Paul Cherrill

From the publisher: The civilization of Ancient Rome grew from a small community on the Mediterranean to become one of the largest empires of the ancient world. Now your readers can experience the culture of this wide spread empire though the foods that sustained them during their massive expansion across Europe. Recipes, interesting facts, and lots of cultural information make this a fascinating way to learn about the culture of ancient Rome. A comprehensive look at food and the role it played in the economic and cultural aspects of ancient Rome. Different types of foods are explored as well as the customs surrounding family mealtimes and large-group festivals and celebrations. For children in the middle grades.