Food: A Culinary History from Antiquity to the Present 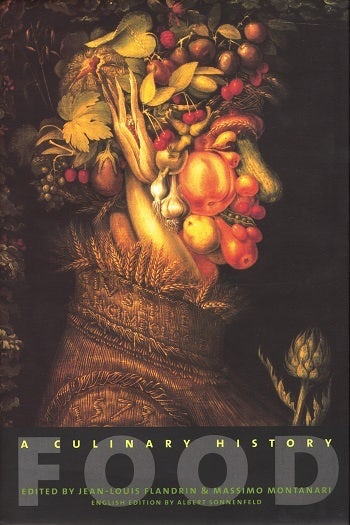 From the publisher: When did we first serve meals at regular hours? Why did we begin using individual plates and utensils to eat? When did “cuisine” become a concept and how did we come to judge food by its method of preparation, manner of consumption, and gastronomic merit?

Food: A Culinary History explores culinary evolution and eating habits from prehistoric times to the present, offering surprising insights into our social and agricultural practices, religious beliefs, and most unreflected habits. The volume dispels myths such as the tale that Marco Polo brought pasta to Europe from China, that the original recipe for chocolate contained chili instead of sugar, and more. As it builds its history, the text also reveals the dietary rules of the ancient Hebrews, the contributions of Arabic cookery to European cuisine, the table etiquette of the Middle Ages, and the evolution of beverage styles in early America. It concludes with a discussion on the McDonaldization of food and growing popularity of foreign foods today.

Jean-Louis Flandrin is professor emeritus at the University of Paris VIII-Vincennes. Massimo Montanari is professor of medieval history and the history of food at the Institute of Paleography and Medieval Studies, University of Bologna.