Dining at Monticello: In Good Taste and Abundance 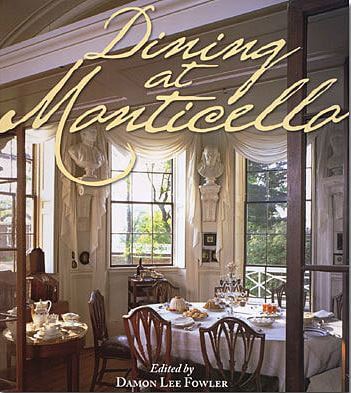 From the publisher: An inviting view of the renowned hospitality offered at Thomas Jefferson’s table. Ten essays discuss topics such as the groceries and wine imported from Europe, the recent kitchen restoration and the African Americans who participated in Monticello’s rich food culture at every stage. Seventy-five delicious recipes from Jefferson family manuscripts, updated by editor Damon Lee Fowler, are authentic to the period and accessible to today’s home cook.

Damon Lee Fowler is a nationally recognized authority on Southern cooking and its history. He is the author of nine critically acclaimed cookbooks and has also written historical commentary for three historical cookbooks. Active in both national and local culinary circles, Fowler was a founding board member and past president of the Southern Foodways Alliance. He lives in Savannah, Georgia, where, aside from his work as a food writer, lecturer, cooking teacher, and culinary historian, he is the featured food writer for the Savannah Morning News.