Bananas: How the United Fruit Company Shaped the World 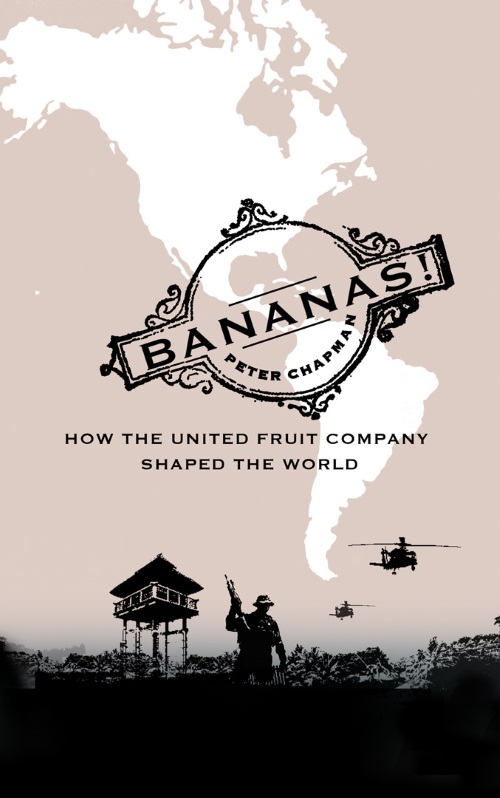 From the publisher: A sharp and lively account of the rise and fall of the United Fruit Company, arguably the most controversial global corporation ever—from the jungles of Costa Rica to the dramatic suicide of its CEO who leapt from an office on the forty-fourth floor of the Pan Am building in New York City.

In this powerful and gripping book, Peter Chapman shows how the pioneering example of the importer United Fruit set the precedent for the institutionalized greed of today’s multinational companies.

The story has its source in United Fruit’s nineteenth-century beginnings in the jungles of Costa Rica. What follows is a damning examination of the company’s policies: from the marketing of the banana as the first fast food, to the company’s involvement in an invasion of Honduras, a massacre in Colombia, and a bloody coup in Guatemala. Along the way the company fostered covert links with U.S. power brokers such as Richard Nixon and CIA operative Howard Hunt, manipulated the press (that later backfired), and stoked the revolutionary ire of Che Guevara and Fidel Castro.

Chapman weaves a dramatic tale of big business, deceit, and violence to show how one company wreaked irrevocable havoc in the “banana republics” of Central America, and how terrifyingly similar the age of United Fruit is to our age of globalization.

Peter Chapman was brought up in London. He was a correspondent for Latin American Newsletters, The Guardian, and the BBC in Central America and Mexico. He works for the Financial Times and lives in London with his wife, daughter, and stepson.