Banana: The Fate of the Fruit That Changed the World 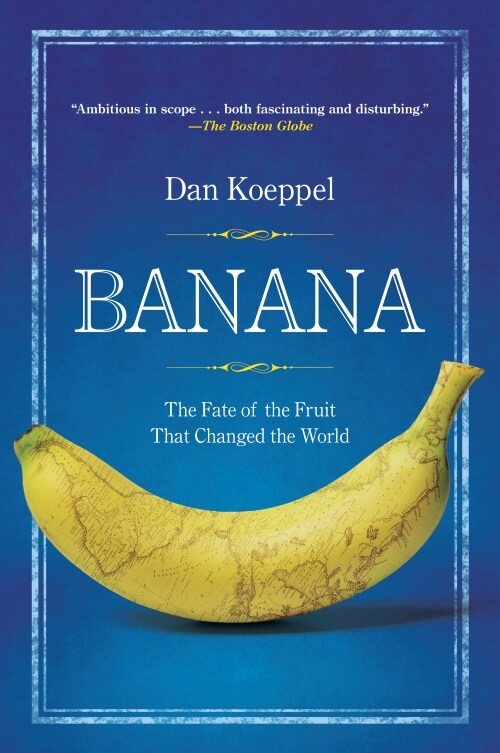 From the publisher: In the vein of Mark Kurlansky’s bestselling Salt and Cod, a gripping chronicle of the myth, mystery, and uncertain fate of the world’s most popular fruit. In this fascinating and surprising exploration of the banana’s history, cultural significance, and endangered future, award-winning journalist Dan Koeppel gives readers plenty of food for thought.

Fast-paced and highly entertaining, Banana takes us from jungle to supermarket, from corporate boardrooms to kitchen tables around the world. We begin in the Garden of Eden—examining scholars’ belief that Eve’s “apple” was actually a banana— and travel to early-twentieth-century Central America, where aptly named “banana republics” rose and fell over the crop, while the companies now known as Chiquita and Dole conquered the marketplace. Koeppel then chronicles the banana’s path to the present, ultimately—and most alarmingly—taking us to banana plantations across the globe that are being destroyed by a fast-moving blight, with no cure in sight—and to the high-tech labs where new bananas are literally being built in test tubes, in a race to save the world’s most beloved fruit.

Dan Koeppel is a well-known outdoors, nature, and adventure writer who has written for the New York Times Magazine, Outside, Audubon, Popular Science, and National Geographic Adventure, where he is a contributing editor. Koeppel has also appeared on CNN and Good Morning America, and is a former commentator for Public Radio International’s Marketplace.