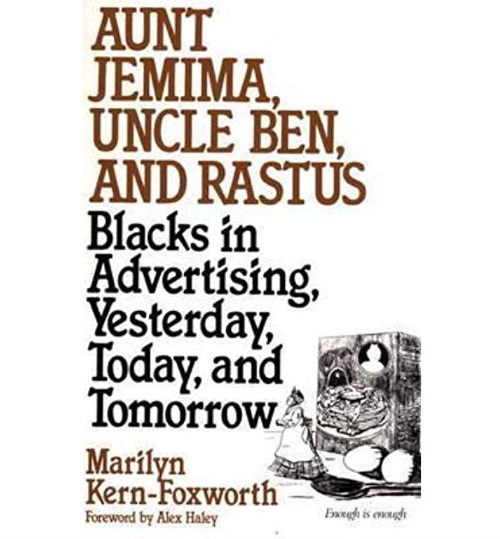 From amazon: Kern-Foxworth chronicles the stereotypical portrayals of Blacks in advertising from the turn of the century to the present. Beginning with slave advertisements, she discusses how slavery led naturally to the stereotypes found in early advertisements. From the end of the slave era to the culmination of the Civil Rights movement, advertising portrayed Blacks as Aunt Jemimas, Uncle Bens, and Rastuses, and the author explores the psychological impact of these portrayals. With the advent of the Civil Rights movement, organizations such as CORE and NAACP voiced their opposition and became active in the elimination of such advertising.

In the final chapters, the volume examines the reactions of consumers to integrated advertising and the current role of Blacks in advertising. Its truly novel subject matter and its inclusion of vintage and contemporary advertisements featuring Blacks make this a valuable work.