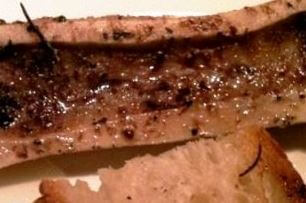 Neanderthals or early Homo sapiens humans were storing bone marrow in a cave in modern-day Israel 200,000 to 300,000 years ago. Researchers have discovered deer bones with cut marks where skin and tendons have been removed, along with breaks in the bones evidently made long after the animals’ deaths.

The scientists were able to reproduce the cuts and breaks by taking fresh deer bones, storing them for several weeks, and then cutting and breaking the bones. Bone marrow stores surprisingly well if it’s left inside the bone, they discovered.