History of Food in 100 Recipes 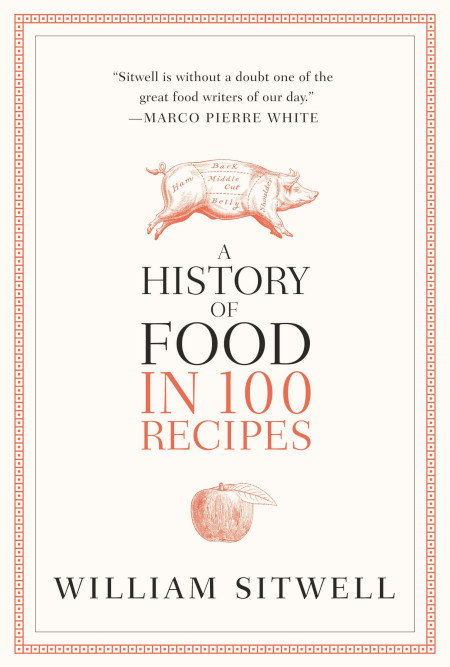 From the publisher: A riveting narrative history of food as seen through 100 recipes, from ancient Egyptian bread to modernist cuisine.

We all love to eat, and most people have a favorite ingredient or dish. But how many of us know where our much-loved recipes come from, who invented them, and how they were originally cooked? In A History of Food in 100 Recipes, culinary expert and BBC television personality William Sitwell explores the fascinating history of cuisine from the first cookbook to the first cupcake, from the invention of the sandwich to the rise of food television. A book you can read straight through and also use in the kitchen, A History of Food in 100 Recipes is a perfect gift for any food lover who has ever wondered about the origins of the methods and recipes we now take for granted.

William Sitwell is the editor of Waitrose Kitchen magazine, can regularly be seen on TV programs such as BBC2’s Food & Drink and Masterchef: The Professionals, and writes about food for a variety of newspapers and magazines. Following an early career in newspapers, he came to prominence in the food world after 1999 when he joined the then titled Waitrose Food Illustrated, of which he became editor in 2002. He subsequently won a string of awards, including “Editor of the Year” in 2005, for the magazine’s writing, stories, design and photography. He spends his spare time growing vegetables, cooking, and making cider at his home in Northamptonshire, England, where he lives with his wife, Laura, and their children, Alice and Albert. This is his first book.